Is Your Teen in Texas Affected by “Failure to Launch” Syndrome? Are They Experiencing Substance Abuse Issues?

Do you have a teen still living at home in Texas? Struggling with a video game addiction?  Unemployed and smoking weed all day? Some teens struggle with their transition from high school to college. This group of kids ages 18 to 21 have dealt with substance use, truancy, anxiety, lack of confidence, and a breakdown in social support.  Now post high school, they struggle with direction, motivation and have no plans to leave their parents home in Texas.  Whats next? 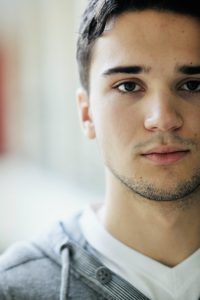 Waterford Academy, a new young adult therapeutic model will address many of the issues that these young adults and their parents struggle with each day.

The IOP is loaded with life skills, emotional support and life planning topics designed to prepare the young adult for a stable life.  Unlike traditional treatment models, the “Launch Program” utilizes more one on one sessions with a therapist to set educational and vocational goals, discuss life plans, and prepare them for a productive future life in Texas.

Waterford Academy is in network with BCBS and Cigna. Others are accepted and billed as out-of-network as a courtesy.

Is your teen affected by “failure to launch” syndrome? Are they experiencing substance abuse issues? We’re here to help!

Select Your State for More Information

How to Handle Your Child’s Mental Disorder

Mental illness is a serious epidemic that is impacting youths the most. 1 in 5 adolescents are affected, with 50% of all chronic mental illnesses developing before the age of 14, and 75% developing 24. The most common categories of mental illness are...

END_OF_DOCUMENT_TOKEN_TO_BE_REPLACED

Substance use among teens, including alcohol, marijuana, prescription medicines, and other drugs, is a rampant problem in the United States. While many parents are aware of the problem itself, they may not realize just how their own attitude, as well as societal...